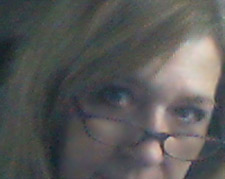 Here are facts as listed by the TruthBrigade.org:

These total up to 225,000 deaths per year in the US from iatrogenic causes.

So now you have the reason why I have turned to herbs, natural remedies, and nutrition for my own personal primary health care. (I also have a website on nutrition at Eat-Well-To-Be-Well.com, please visit anytime! I’ll be adding a blog to it soon but it’s laid out well to learn more about nutrition and the effects of poor eating habits on your life.)

This is my passion! Teaching about alternative choices when it comes to your health. Natural is always best!

Did you know about these medical facts? What do you think of them? Do you have anything to add to the conversation? I’d love to hear from you on this… pro or con… what’s your stand?

P.S. I’m obligated to tell you that this information is not intended to dispense any medical advice nor is it meant to give you any direction on the medical course for your personal situation. You should always seek the counsel of a qualified medical practitioner, which I am NOT. I’m actually a web developer. Visit my Ask MyWebGal blog here >>