Ashwagandha is in the pepper family

It is found in India and Africa. The roots are used medicinally. 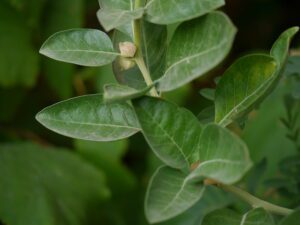 Ashwagandha   Click to listen highlighted text! Ashwagandha has been used in connection with Immune function, osteoarthritis and stress.

The health applications for ashwagandha in traditional Indian and Ayurvedic medicine are extensive. Of particular note is its use against tumors, inflammation (including arthritis), and a wide range of infectious diseases. The shoots and seeds are also used as food and to thicken milk in India. Traditional uses, among tribal peoples in Africa, include fevers and inflammatory conditions. It is frequently a constituent of Ayurvedic formulas, including a relatively common one known as shilajit.

The constituents believed to be active in ashwagandha have been extensively studied. Compounds known as withanolides are believed to account for the multiple medicinal applications. These molecules are steroidal and bear a resemblance, both in their action and appearance, to the active constituents of Asian ginseng (Panax ginseng) known as ginsenosides.

Indeed, ashwagandha has been called “Indian ginseng” by some. Its withanolides have been extensively researched in a variety of animal studies examining effects on immune function, inflammation, and even cancer. This herb stimulates the activation of immune system cells, such as lymphocytes. It has also been shown to inhibit inflammation and improve memory in animal experiments. Taken together, these actions may support the traditional reputation as a tonic or adaptogen – an herb with multiple, nonspecific actions that counteract the effects of stress and generally promote wellness.

Some experts recommend 3–6 grams of the dried root, taken each day in capsule or tea form.

Side Effects of Ashwagandha

No significant side effects have been reported  The herb has been used safely by children in India. Its safety during pregnancy and breastfeeding is unknown. At the time of writing, there were no well-known drug interactions.

You might also be interested in improving your memory > or Rhodiola, which not only increases cognitive functions, but also reduces anxiety and elevates energy, whereas Ashwaganda promotes better sleep.