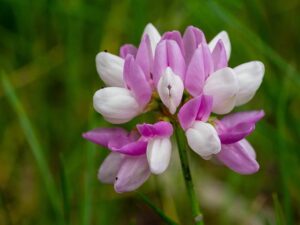 is purported to heal burns and abscesses, offset adverse effects of cancer therapy, and protect the heart against viral damage. It is considered an adaptogen.

Used as a tonic in traditional Chinese medicine. It is a member of the legume, or bean, family. It has sweet-tasting roots (the parts used medicinally). It is a perennial plant, that can grow to as much as 16 inches in height. Native to the northern and eastern parts of China, as well as Mongolia and Korea.

Researchers in the United States and China have begun to believe that Astragalus may very well live up to its 2,000-year-old reputation as an immune system booster. It is one of the most commonly used herbs in all of Chinese medicine to build up the vital energy, or qi (pronounced “Chee”).

It’s used to generally bolster the body’s resistance to disease. Chinese healers also use astragalus to treat the common cold, arthritis, weakness, diarrhea, asthma and nervousness. Sometimes they pan-roast the roots in honey or use them as an ingredient in soup.

In Chinese hospitals, astragalus is used to help people with cancer recover from the immune system wipeout caused by chemotherapy.

Astragalus is available at many health food stores in the form of capsules, teas and tinctures.

Precautions and Side Effects of Astragalus

The herb has not been known to cause any dangerous side effects, but some people have reported loose stools or abdominal bloating. If you experience any unpleasant symptoms, cut back your dose or discontinue use.

There are many flowering plants in the astragalus family, including native American species that are toxic when eaten by cattle. (Ranchers call the plant locoweed because of its effect on their herds’ behavior.)

This particular herb as known in Chinese medicine is the species Astragalus membranaceus.