Hot and Healthy: The Power of the Pepper

Cayenne burns body fat! This pepper can boost your weight-loss efforts with its not-so-secret ingredient to help you slim down.

A mildly fiery chili pepper used to season food, its that spicy flavor that helps kickstart metabolism. Speaking of which, cayenne also reportedly curbs cravings for unhealthier snacks and supercharges the effects of exercise.

In other words, cayenne could be considered the superhero of spice, burning stubborn fat away!

When it comes down to it, there’s no denying the incredible power of peppers. Not only do they provide us with an enjoyable sense of heat and flavor; they also boast impressive health benefits as well!

And all that further aids in weight loss success. I’m going to say it again because it’s worth repeating….

It’s no secret that the Capsicum genus of peppers, such as cayenne, can pack a powerful punch.

Let me get serious for a bit…

– Studies have shown that cayenne pepper can speed up the metabolism due to its capsaicin content which increases the sensation of fullness when consumed.

– Another way cayenne aids in fat burning is by creating heat in the body, which burns calories at a higher rate than in cooler circumstances and also helps the body break down stored fat cells during exercise.

All of these effects combined show how cayenne pepper can truly be helpful for burning stubborn body fat.

(If you’re interested in cayenne for cooking, it’s available where you buy groceries. If you’re looking for preparations, such as capsules, check out these selections… )

Whether mild or wild…

It looks like adding some spice into our diets is one surefire way to burn body fat and boost our overall well-being.

So go ahead–grab a pepper and enjoy all its unique benefits!

After all, from mild cayenne and jalapenos to spicy habaneros, these flavorful fruits offer more than just a tongue-tingling kick—they offer a multitude of health benefits as well.

Let’s explore how cayenne and other peppers can help keep us healthy and happy. 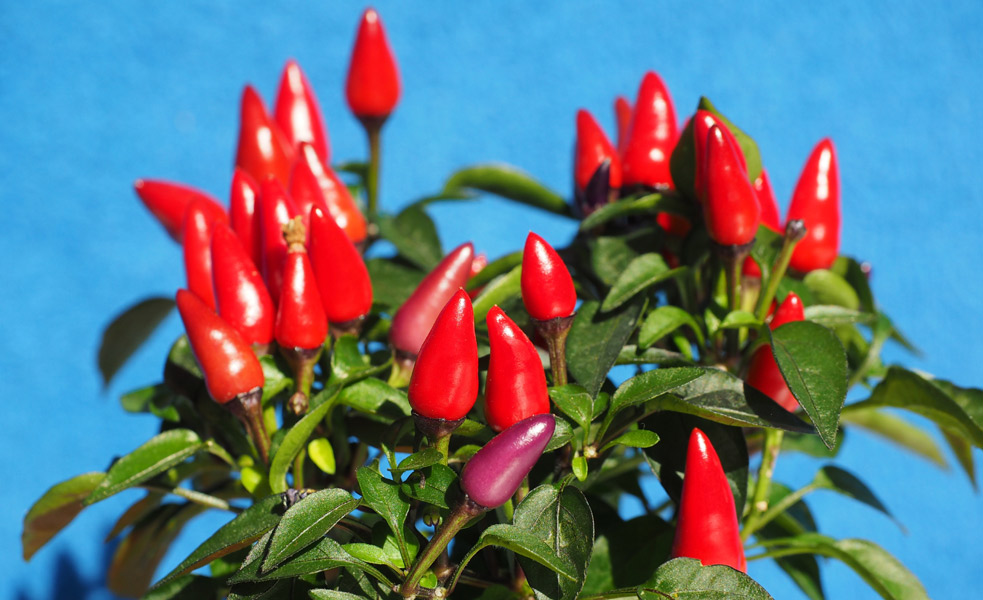 Before we dive into the power of the pepper, it’s important to understand what measures its heat.

Enter Wilbur Scoville, a pharmacologist who developed an organoleptic scale in 1912 that measured the “hotness” of peppers. This scale is still used today to measure capsaicin, the compound responsible for producing spicy heat in peppers.

Originating in the New World, it has been adopted into cuisines around the globe.  It contains as many as five species, with an untold number of variants, giving rise not only to the familiar green bell pepper, but also to paprika and a wide range of “hot peppers.”

The capsaicin in a capsicum fruit is currently determined by high-tech machines rather than sensitive palates.  (Don’t worry! No matter how hot, you won’t damage your taste buds for more than a few days. (Yikes!)

Cayenne pepper ranges in the 25,000-50,000 heat range on the Scoville scale. But that’s nothing, compared to those that hit over 2 million units (for pure capsaicin).

So, if you want to spice up your life with some fiery flavor, you definitely have your pick!

Most people have no trouble telling a mild pepper from a torrid one, but it was the medicinal use of cayenne that led to a way to compare them consistently.

The lovely and favorite peppers of mine, (you know the red, green and yellow bell peppers) the heat range doesn’t show up on the Scoville scale for than zero.

If you’re curious what heat range your favorite peppers are in, you can check Wikipedia: Trusted Source

The flavors of these fruits have been much appreciated as spices for a very long time. Archaeologists have found remains of chilies in Mexican sites dating to 7000 B.C., and hot peppers played an important role in Aztec and Maya mythology.

Add Cayenne to Your Diet

Now let’s move on to why these healthy fruits are so beneficial for our bodies.

In addition, evidence suggests that consuming hot peppers may aid in weight loss thanks to its appetite-suppressing effect. Finally, capsaicin has been found to be effective at killing bacterial cells on contact—which is great news for anyone looking for natural remedies for skin conditions and digestive issues!

So next time you’re considering dropping some weight, think about adding some cayenne to your routine – it’ll help give you that extra kick in the pants you need to reach your goals.

The part of the plant used medicinally is the fruit. To flavor food, it may be used fresh or dried, but in herbal products it is generally dried.

Capsicum peppers are rich in nutrients, especially vitamin C and a range of carotenes. Not only beta-carotene (which is in abundant supply), but also such compounds as lutein, zeaxanthin, and others are found in these fruits.

But the ingredient that is responsible for most of the medicinal effects of cayenne is capsaicin, a pungent phenolic compound structurally similar to eugenol, a pain-relieving compound found in cloves and some other spices.

The principal use of both cayenne, and of capsaicin derived from it ,is in topical ointments or creams. Such rubs have long been used to alleviate joint pain due to arthritis or the pain of muscle spasms.

When applied to the skin, capsicum results in a feeling of warmth, which may in some people become a perception of heat or even of burning.  With repeated applications, the capsaicin depletes substance P from nerves in the skin. Because substance P is apparently crucial to the transmission of pain sensation, its depletion results in diminished pain.

This action led to the development of over-the-counter creams containing 0.025 percent capsaicin to treat postherpetic neuralgia, diabetic , and trigeminal neuralgia. A higher-potency product, Zostrix-HP, with three times as much capsaicin, is also available.

Other painful conditions such as phantom limb syndrome, postmastectomy pain, and reflex sympathetic dystrophy are being studied to see if capsaicin can be helpful.

Topical use of capsaicin in over-the-counter or herbal preparations requires repeated applications. Varro E. Tyler suggests four or five applications daily over a period of four weeks.  At least three days of applications are needed to determine the effect.

There are no time limits on topical use of cayenne preparations unless you develop a reaction.

Tolerance of cayenne for internal use varies with the individual.

Go For the Heat!

So next time you’re feeling daring enough to grab a pepper off a restaurant’s salsa bar or add jalapenos into your favorite meal at home, don’t hesitate! Not only will you get a tongue-tingling rush of flavor—you’ll also reap some pretty impressive health benefits too! With all these amazing perks, it looks like Wilbur Scoville was onto something when he developed his scale all those years ago.

Not only do peppers provide us with an enjoyable sense of heat and flavor; they also boast impressive health benefits as well!

Whether mild or wild—it looks like adding some spice into our diets is one surefire way to boost our overall well-being.

Who knows–you might find yourself reaching for some extra cayenne next time your tacos need an extra kick!