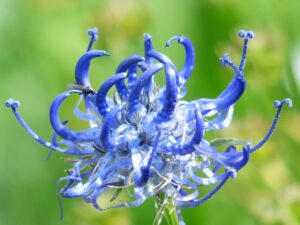 An effective natural remedy that has been used for centuries, Devil’s Claw alleviates joint pain, arthritis and other ailments.

The plant contains active ingredients such as harpagoside and beta-sitosterol, both of which may have anti-inflammatory properties.

Studies suggest Devil’s Claw alleviates joint pain by reducing inflammation, and improving mobility in those with osteoarthritis and providing relief from lower back pain.

When correctly used Devil’s claw can provide significant relief from these types of pain, however it is important to take the necessary precautions. (See section below.)

Studies have shown that Devil’s Claw root extract can help reduce pain and inflammation due to its powerful anti-inflammatory properties. It also helps to improve range of motion in the joints and reduce stiffness due to its stimulating effect on the growth of new bone tissue, as well as improve physical function and flexibility of affected joints.

If you are looking for an effective natural remedy to help manage one or more of these conditions, Devil’s Claw may be a good option for you.

Devil’s claw root contains active ingredients such as harpagoside and harpagide, which are natural anti-inflammatory compounds.

Devil’s Claw was first documented by European settlers in 1786 who noted its use as an anti-inflammatory remedy. The root of Devil’s Claw has since been used extensively throughout Europe as a folk medicine.

It has been used for centuries! Though known for the fact that Devil’s Claw alleviates joint pain and arthritis symptoms,  more research is needed to further understand the potential health benefits associated with this natural remedy. (…As always, since there’s no big money in it – personal opinion.)

In modern times, scientific research has only begun to explore the therapeutic potential of Devil’s Claw.

Studies do suggest that Devil’s Claw alleviates joint pain due to the fact that it contains active ingredients, which have anti-inflammatory properties that are responsible for its therapeutic benefits. So let’s discuss those briefly…

These active ingredients found in Devil’s Claw are responsible for its potential health benefits. The main constituents of Devil’s Claw include harpagoside, beta-sitosterol, flavonoids, phenolic acids, triterpenes and iridoid glycosides.

In addition to these active ingredients, Devil’s Claw also contains alkaloids, tannins, carbohydrates, proteins, essential oils and other compounds that may be beneficial for health. 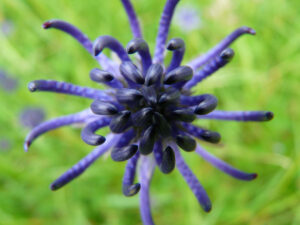 The plant grows wild in the sandy soils of South Africa and Namibia, and is traditionally used by the Bushmen and Khoisan tribes of Southern Africa. Its name is derived from its hooked fruit which resembles the Devil’s claw. It comes from the Harpagophytum procumbens plant.

Potential Side Effects and Precautions of Devil’s Claw

The Devil’s Claw root is generally considered safe for most people, however it should not be used by children under the age of 12 or pregnant and breastfeeding women.

While Devil’s Claw has traditionally been used to help reduce inflammation and pain associated with arthritis and other ailments, it can have some side effects if taken in high doses. Some reported nausea, headache, indigestion, stomach cramps, dizziness and diarrhea. In rare cases more severe reactions such as skin rashes have been reported. It is important to consult a doctor before taking Devil’s Claw if you have an existing health condition or are taking medications as it may interact with certain drugs.

In addition to possible side effects from Devil’s Claw, there are also some precautions you should take before using this natural remedy. Devil’s Claw should not be taken for extended periods of time without medical consultation as it can lead to liver damage or kidney failure.

Furthermore, Devil’s Claw may interfere with blood clotting, so those taking anti-clotting medication such as warfarin should avoid using Devil’s Claw without consulting their doctor first.

Lastly Devil’s Claw may lower blood sugar levels so those with diabetes should monitor their blood sugar while taking Devil’s claw.

Overall Devil’s claw is an effective natural remedy that has been traditionally used to help reduce inflammation and pain associated with arthritis and other ailments. However it is important to take precautions such as consulting your doctor before taking Devil’s Claw especially if you are taking any medications or have an existing health condition.

In order to get the most out of Devil’s Claw, it is important to understand the recommended dosage for this natural remedy. Generally, Devil’s Claw can be taken in doses between 100 mg up to 500 mg per day.

Lower doses may be recommended when starting Devil’s Claw therapy; typically 200 mg twice daily is advised for milder conditions or for maintenance therapy.

For those suffering from more severe pain or inflammation due to arthritis or other conditions, a more potent dose of 500 mg twice daily may be needed.

So, what is osteoarthritis?

Osteoarthritis (OA) is a degenerative joint disease that affects millions of people around the world. It is caused by the breakdown of cartilage, the smooth, cushioning material that covers the ends of bones in a joint and allows for smooth and painless movement. It can cause pain, stiffness, swelling, and decreased range of motion in the affected joint. Generally, it starts in a single joint, frequently a knee, finger, hand, spine, or hip. One side is more painful, even if both sides may suffer.

Osteoarthritis is most common in adults over 50 years old but it can also affect younger people who have a family history of arthritis or those who have injured their joints due to sports or other physical activities.

As OA progresses, the cartilage breaks down leading to bone grinding against bone and inflammation of the joints. This can cause severe pain, swelling, and stiffness which can significantly limit a person’s ability to perform everyday tasks.

As OA progresses, the cartilage continues to break down leading to bone grinding against bone, inflammation of the joints and joint deformity. Joint deformity occurs when the bones within a joint are not aligned correctly, which can cause difficulty in moving or bending the affected joint. This can ultimately lead to decreased range of motion and a decrease in quality of life.

Arthritis is a general term that describes inflammation of the joints, causing pain and swelling. It is a common condition affecting millions of people around the world.

Arthritis symptoms can vary depending on the type of arthritis and the area of the body affected. Generally, common symptoms include pain, stiffness, swelling, decreased range of motion in the affected joint, aching or discomfort in the joints after activity, creaking or grinding noises when using the joint, and tenderness to touch around the affected joint.

Rheumatism is an umbrella term used to describe painful disorders that affect the joints, muscles and other tissues. Symptoms of rheumatism can vary depending on the type, however common signs include joint pain and swelling, inflammation, stiffness, decreased range of motion in affected joints, aching or discomfort in the joints after activity and tenderness to touch around affected areas.

What is Rheumatoid arthritis?

In many cases of rheumatoid arthritis, the patient experiences symptoms in the same location on both sides of the body, frequently in the joints of the hands and feet.