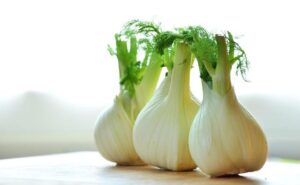 In traditional herbal medicine, fennel was used to treat indigestion and flatulence, encourage production of breast milk, improve sex drive, increase urination, and bring on menstrual bleeding. In Europe, in addition to digestive complaints, fennel is recommended for colds and congestion. An extract had measurable anti-inflammatory activity in experiments.

In laboratory studies, fennel oil increased movement of the stomach but counteracted spasms of smooth muscle in the gut. Perhaps this activity explains its reputation in treating flatulence. Findings on the oil’s toxicity are contradictory.

It is a member of the celery family is a well-known herb native to southern Europe and western Asia, but it was known in ancient China (as xiao hui xiang) as well as in India, Egypt, and Greece.

Although the entire plant is edible, only the fruits (“seeds”) and their essential oil are used medicinally. The fruits are collected in August and September when they are ripe and then dried.

In the Middle Ages it was prized as a vegetable and it is still appreciated for its flavor today. Colonists brought it to the New World. Some herbal references distinguish between sweet and bitter fennel.

In China, it is considered a “wind-dispelling herb,” restoring normal stomach function, dispersing cold, and restoring the flow of qi (pronounced chee). Aside from the specifically Chinese concept of qi, these uses are remarkably similar to those in European herbal medicine.

If you like the taste of anise or licorice, try this as a tea. The infusion is made by pouring 2/3 cup boiling water over 1 to 2 teaspoons (2 to 5 g) of the dried fruit crushed immediately beforehand, steeping for ten to fifteen minutes, and straining it.

Fennel infusions may be taken for as long as desired, but stronger forms of the herb such as extracts should not be used for more than two weeks except under medical supervision.

Use of the volatile oil is not recommended.