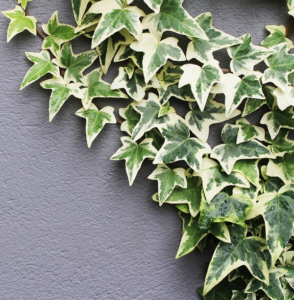 In recent studies ivy leaf for chronic bronchitis has been found to be just as effective as medication.

The Power of Ivy Leaf for Treating Chronic Bronchitis

When it comes to bronchitis, asthma, and COPD relief, are you surprised to learn that the answer lies in none other than a common weed?

Ivy Leaf has long been used in traditional and herbal medicine as a natural remedy for both of these respiratory conditions.

For centuries, traditional herbalists have taken advantage of its powerful healing properties – brewing decoctions for relief from everything from bronchitis to lice. It was even believed to treat whooping cough and dysentery. Externally, ivy can be used to soothe sunburn and heal scabies.

There’s no doubt that this little green leaf is a miracle worker when it comes to natural medicine!

If you’re a fan of natural remedies, you may have heard of the amazing benefits of ivy leaf. As mentioned, this powerful plant has been used for centuries to treat common ailments like bronchitis and asthma. But did you know that it can be just as effective as pharmaceutical medications in treating some conditions?

Let’s take a closer look at this powerful natural remedy.

What is Ivy Leaf?

Ivy leaf is a perennial plant native to Europe, North Africa, and Asia. It has anti-inflammatory and anti-spasmodic effects, making it an ideal treatment for respiratory issues like bronchitis, asthma, and COPD.

Ivy leaf (Hedera helix) is a plant that has been used in traditional medicine since ancient times, primarily as an expectorant to treat respiratory problems such as asthma and bronchitis. It contains saponins, which are compounds with anti-inflammatory properties that help reduce inflammation in the lungs and throat.

How Does It Work?

The saponins in ivy leaf work by reducing the inflammation in the airways, allowing them to open up and allowing the patient to breathe more easily. They also reduce mucus production, which helps clear out any blockages or obstructions in the airways that might be causing difficulty breathing.

This makes it easier for patients to get relief from their symptoms.

In addition to its respiratory benefits, ivy leaf is said to aid digestion as well. Its active ingredient—a glycoprotein called hederin—stimulates the production of bile in the liver. This helps break down fats and proteins more efficiently so they can be absorbed in the small intestine. The result? Improved digestion and better nutrient absorption!

Saponins are a special group of compounds, which some call “natural detergents” due to their ability to act as an emulsifying agent. As their name implies, saponin molecules consist in part of substances derived from soap.

Apart from their foaming properties, saponins are also excellent antioxidants that can help reduce oxidation damage caused by free radicals.

If you want to reap the benefit of these anti-inflammatory components to enhance how our bodies absorb nutrients, you may want to make your personal hygiene routine a little bit healthier by adding saponins to the equation.

Side note: I want to also mention that saponins are also great for your skin. One way to take your skincare routine up a notch, look no further than soaps rich in saponins. Not only do these natural compounds gently exfoliate the skin, they can help to hydrate while also providing protection from environmental pollutants—all while using plant-based ingredients. They generally don’t contain harsh chemicals (like lye) that are found in many store-bought products. So, if you’re wondering whether or not using these types of soaps in your shower or bath, the answer is a resounding yes!

What Are The Benefits of Ivy Leaf for Bronchitis and Other Ailments?

Aside from being an effective treatment for chronic bronchitis, ivy leaf extract has many other benefits associated with it.

It can help boost immunity, reduce inflammation throughout the body, and improve overall respiratory health.

Plus, unlike medications like ambroxol (which is commonly prescribed for chronic bronchitis), ivy leaf does not come with any significant side effects when taken in recommended doses – making it a great alternative or complement to traditional treatments. (Check with your doctor first!)

If you’re looking for natural relief from your symptoms without having to worry about potential negative side effects, give ivy leaf extract a try!

Ivy Leaf has been steeped in folklore throughout history. In ancient Greece, it was known as a symbol of Dionysus – the god of wine, fertility and revelry.

From Renaissance poetry to Celtic celebrations, this timeless foliage is described in charms, decorates grand doorways and brings people together.

So, while rooting around a country garden might not evoke much excitement to the contemporary eye, its calming presence still carries with it significance and meaning that has survived through the centuries.

Dosage of Ivy Leaf for Bronchitis, Asthma, and COPD

It’s important to note that too much of anything can be dangerous, so it’s best not to overdo it with the Ivy Leaf. Studies have indicated that a reasonable dose should amount to no more than 2.5 grams per day – equivalent to around five teaspoons – so if nature’s your go-to for treatment then use a gentle hand!

Even though Ivy Leaf has been used as a traditional remedy for centuries, that doesn’t mean you can take it without considering some precautions. Although Ivy Leaf is generally safe and well tolerated, there are still a few risks to be aware of.

For instance, because Ivy Leaf increases the secretion of certain fluids in the body, people with kidney problems should speak with their doctor before taking it.

Pregnant or breastfeeding women should also avoid Ivy Leaf or only take it under the guidance of their physician.

Since not all forms of Ivy Leaf are created equally, and results can vary depending on how it’s prepared, anyone looking to use this natural remedy should purchase high-quality products from a reputable source.

And, as always, it’s always recommended to talk to your doctor or practitioner prior to taking any additional herb or supplement.