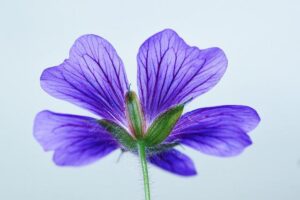 Did you know your could grow your natural mosquito repellent?

Some gardeners keep scented geraniums on their patios and report that swishing their hands through the leaves makes it possible to enjoy being outdoors without suffering mosquito bites.

Art Tucker, research professor at Delaware State University and co-author of the Big Book of Herbs, confirms that rose-scented geraniums (Pelargonium x asperum, sometimes sold as P. graveolens) contain both citronellol, which is similar to citronellal, and geraniol. But, he says, the widely promoted ‘Citrosa’ geranium, which is the so-called “Mosquito Plant,” appears to contain only small amounts of citronellal and is not likely to be any more effective as a mosquito repellent than other rose geraniums.

A better, less expensive choice for a homegrown mosquito repellent may be lemon balm (Melissa officinalis). Tucker says lemon balm is easy to grow from seeds and contains citronellal, geraniol and geranial. Although lemon balm oil (called melissa oil) is hard to find commercially, a strain of lemon balm plants with higher essential oil content now is sold by some nurseries.

To use the balm as a repellent, just crush a handful of the delicious-smelling leaves in your hand and rub them on exposed skin.

Tucker’s herbal repellent (see recipe), can be mixed up at home, too. He says his daughter reported success with it, especially against ticks, when she was a ropes instructor at a camp on Chesapeake Bay. She included myrrh.

Another good dooryard repellent plant could be catnip. The American Chemical Society has reported that researchers Chris Peterson and Joel Coats at Iowa State University found nepetalactone, the essential oil in catnip (Nepeta cataria), to be about 10 times more effective at repelling mosquitoes than DEET (N,N-diethyl-3-methylbenzamide), the widely used synthetic repellent.

And James A. Duke, an authority on herbal healing and author of The Green Pharmacy reports mountain mint (Pycnanthemum muticum) contains enough pulegone, another powerful insect repellent, to make it somewhat effective, too. (A note of warning: Do not use mountain mint if you are pregnant; the ingredient pulegone has been known to increase the risk of miscarriage.)

Gardeners also report anecdotally that handfuls of basil (Ocimum basilicum); lemon thyme (Thymus x citriodorus); lemongrass (Cymbopogon citratus), which is citronella’s kissing cousin; and various other fragrant herbs crushed and rubbed on the skin often repel mosquitoes for short periods – usually less than 30 minutes. (Always use any herb with caution until you know how your skin will react.)