Ginseng   Click to listen highlighted text! Ginseng : The root that promises wisdom and long life, not to mention its reputation as an aphrodisiac. Used for more than two millennia in China. Originally it was recommended for “repairing the five viscera, quietening the spirit, curbing the emotion, stopping agitation, removing noxious influence, brightening the eyes, enlightening the mind, and increasing the wisdom.” It has been a favorite tonic in China ever since. 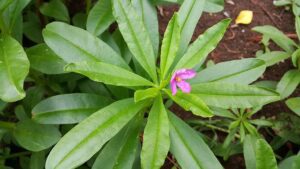 Legend has it that at night the plants glows, mysteriously rises from the ground and flits around the forest! Now that would be quite a sight!

The plant itself is not a very attractive one but touted as a prolonger of life and cure for all human ills, it is the cornerstone of a multimillion dollar ginseng trade. Science has not been able to explain why the Chinese treasure it so much. Much of the research seems to yield contradictory results.

In traditional Chinese medicine, it is understood as a yang tonic that can increase strength, promote life and appetite, and overcome general debility, blocked qi (pronounced chee), and impotence.

There are several species, as well as different preparations that strongly influence the quality of the herb. The part of the plant used is the root. It should be collected in autumn from a plant five or six years old.

Ginseng has become increasingly popular in the United States, with six million people taking it, but some ginseng products on the American market contain very little verifiable ginseng activity. The American Botanical Council has undertaken a study of many proprietary products and found significant differences among them.

Ginseng is full of saponins termed ginsenosides. Approximately thirty of these compounds have been identified, and they appear to be responsible for most of the activity. Their chemical structures are similar to those of steroids such as testosterone and estrogen. The picture is complex, however. Not only do the various species and forms of ginseng have different ginsenoside profiles, the ginsenosides themselves have differing and sometimes opposing actions. Ginsenoside Rb1, for example, seems to lead to sedation and lower blood pressure, while ginsenoside Rg1 acts as a stimulant and raises blood pressure.

Other ingredients of ginseng root may also have important activity. They include essential oil, phytosterol, carbohydrates, amino acids, peptides, vitamins, minerals, and some other ingredients.

The most common use in Chinese medicine is as a general tonic and implies that ginseng is helpful in counteracting stress – both physical and mental. Some studies have shown that ginseng standardized extracts can help people react more quickly to both visual and auditory cues, increase concentration, and improve hand-eye coordination. Not all studies have reached similar conclusions.

A number of other studies have also found that ginseng increased aerobic capacity, reduced lactate levels in the blood, and lowered heart rate during exercise. A study in Korea suggested that people who use ginseng regularly may be less likely to come down with cancer, but further studies are needed. Ginseng is reported to lower cholesterol, presumably by accelerating its metabolism and removal from the body. It may help improve mood and increase the sense of well-being.