Health Benefits of Fairy-wand for Women

Heard about the benefits of Fairy-wand? No?

You might be surprised to learn that this little-known herb has impressive health benefits, particularly for women. 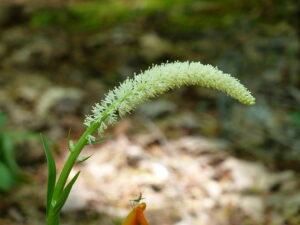 What Are the Benefits of Fairy-wand?

Fairy-wand has long been used as a medicinal herb by Native American tribes, who believed that it had powerful healing properties.

This herb contains several compounds* that have been proven to offer a variety of health benefits, including specifically for women, which we will address next.

Some of the “general” benefits include:

* The compounds include: Steroid saponins, such as chamaelirin and aglycone diosgenin.

The Benefits to Women…

Fairy-wand has long been used as a natural treatment for female complaints such as abdominal cramps, irregular or painful menstruation, and menopausal symptoms. Its anti-inflammatory properties make it an ideal choice for women suffering from menstrual pain. It also has antispasmodic qualities which can help reduce cramping during those times when discomfort may be especially severe.

Fairy wand has been used since ancient times as a natural remedy for female ailments like morning sickness (though not fully recommended – see precautions below) and painful or irregular menstruation. While there isn’t any scientific evidence backing up claims of its magical properties, many women have found relief from their symptoms by using this herb in various forms including teas and tinctures.

If you are considering using fairy wand for your own health needs, and especially if you are pregnant or breastfeeding, always consult with your doctor first before beginning any new regimen to ensure safety and effectiveness of use.

The Fascinating Folklore Behind Fairy-wand 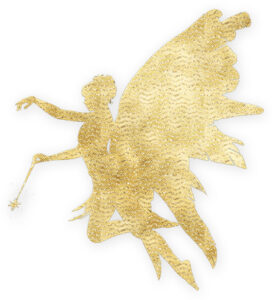 Folklore surrounding fairy-wand includes the belief that carrying it could ward off evil spirits. In folk medicine circles, fairy wand was often combined with other herbs such as chamomile or lemon balm to create an herbal tea believed to have medicinal properties.

One traditional use of fairy-wand was to treat colds and flus. The leaves were boiled in water and drank as a tea to help reduce fevers and relieve congestion and, of course, ward off evil spirits!

Another use of the plant was to make charms or amulets that were meant to bring good luck or protection against harm. These charms were often made from pieces of dried fairy-wand root or stems, which were carved with symbols or images that represented the desired outcome (e.g., health, wealth, protection). These charms were then carried on one’s person or placed around their home as a form of protection from negative energy or malicious spirits.

Finally, some Native American tribes used fairy-wand for ceremonial purposes. They believed that burning the leaves would release positive energy into the atmosphere, which would attract good fortune and spiritual guidance to those present at the ceremony. This practice was often used before important hunts or gatherings in order to ensure success during these activities.

The fairy-wand is a perennial plant that grows wild in many parts of North America. It can reach up to six feet tall and has several clusters of small white (or white-ish)  flowers at the top. 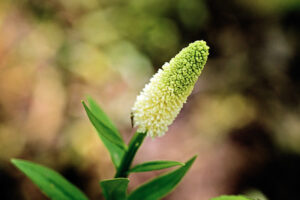 Okay! The folklore being told, and the surprising benefits of fairy-wand as an herbal remedy addressed thus far, you can see that the herb is an amazing plant with a rich history and many practical uses among Native American tribes.

Fairy-wand offers an array of impressive health benefits that may make it worth adding to your natural wellness routine. Not only does it reduce inflammation and improve digestion, but its powerful antioxidants can also help boost your immunity so you’re better prepared for just about anything life throws at you!

If you’re looking for a safe alternative remedy for any number of ailments, consider giving this little-known herb a try!

For additional information, as always, I recommend checking out Wikipedia.

For more about herbs and natural remedies, check out our herb descriptions page.