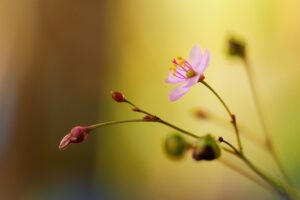 Many people are familiar with the health benefits of ginseng. It is a popular herbal supplement, but did you know that there are actually several different types of Ginseng plants, each with its own unique set of health benefits?

The following is an overview of the health benefits of ginseng, the three different types, and  the fact that not all are the same.

First, the ginseng plant varieties are each traditional medicinal herbs with a long history of use. They are believed to have numerous health benefits and have been used for centuries in various cultures to boost energy, improve cognitive function, reduce stress, and support overall well-being.

Ginseng comes in many forms—each offering its own set of health benefits.

The most common type of Ginseng is Asian Ginseng (Panax Ginseng), which is native to China and Korea. Asian Ginseng is traditionally used, and most known for help to improve mental focus and energy levels..

Another type is American Ginseng (Panax quinquefolius), which is found in the eastern United States. American Ginseng is often used, and most known for helping to relieve stress and fatigue.

Finally, Siberian Ginseng (Eleutherococcus senticosus) is a type of ginseng that is native to Russia and China. Siberian Ginseng has long been used as a general tonic for overall health and vitality.

No matter which variety you choose, adding any kind of organic herbal supplement like ginseng into your daily routine can bring about positive changes for your health. However, each has its own special emphasis on our health.

American ginseng is most commonly found in North America and has been used by Native Americans for centuries as a healing remedy. American ginseng is thought to possess calming effects and may even help reduce anxiety and stress levels. Additionally, some studies suggest that it may help protect against heart disease, lower cholesterol levels, and promote healthy blood sugar levels.

As mentioned, American ginseng has a long history of traditional use. It is considered cooling, meaning it can neutralize any excess heat in the body, which can help with symptoms like over-stimulation or insomnia.

It also contains high levels of natural antioxidants that support healthy cells and protect them from damage due to environmental factors like pollution or poor diet. Additionally, it helps to boost energy levels, reduce stress and fatigue, improve mental clarity, and enhance concentration.

Also known as Korean or Chinese ginseng, this variety is native to East Asia and has been used for centuries in traditional Chinese medicine to improve vitality and boost energy levels. Studies suggest that Asian ginseng may help enhance physical stamina, improve cognitive performance in athletes, reduce fatigue after exercise, support immune system function, increase libido in menopausal women, and even help with weight loss efforts.

Asian ginseng is a type of medicinal herb that has been used for centuries in traditional Chinese medicine. While it is often associated with the yin and yang philosophy, in reality, Asian ginseng is considered to be neutral in nature. However, it is sometimes classified as either cooling or warming, depending on how it is used.

If taken in large amounts, Asian ginseng can have cooling effects, such as reducing fever or cooling the body during hot weather.

On the other hand, if used in small amounts or taken regularly over time, it can have warming effects, such as stimulating circulation and promoting healthy digestion.

Ultimately, whether Asian ginseng is cooling or warming depends on how it is used and what dosage is taken.

This type of ginseng grows mainly in Siberia but can also be found throughout Asia. It has long been used as an adaptogen—a natural substance known to help the body adapt to stressful situations—and its uses range from boosting energy levels to improving mental clarity and concentration. Some studies indicate that Siberian ginseng may also help reduce inflammation-related ailments like arthritis pain as well as provide cardiovascular protection by reducing harmful cholesterol levels.

Unlike American ginseng which is cooling, Siberian ginseng is considered warming because it increases circulation in your body as well as metabolism rates by stimulating your adrenal glands. This means that it can be great for boosting energy levels or helping with fatigue or even asthma symptoms such as shortness of breath caused by inflammation of your airways. Additionally, Siberian ginseng contains compounds called eleutherosides, which are thought to help strengthen your immune system making it easier for you to fight off illnesses such as colds or flu viruses. (Numerous compounds in euthero have an impact on the immune system, the brain, and certain hormones.)

In conclusion, there are significant differences between American, Asian and Siberian ginseng when it comes to their medicinal properties.

So depending upon your health needs one type might be better suited than another for you! No matter what though always make sure that you consult with your doctor before taking any new supplement or herbal remedy so that they can advise you on whether or not it is right for your individual needs.

To learn more about the different types of ginseng available commercially, or to shop for ginseng, click here.