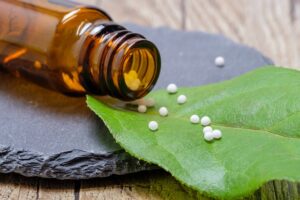 More and more of us are turning to natural antibiotic alternatives in place of pharmaceuticals, such as penicillin and amoxicillin, that have been widely used for decades…

So, if you’re looking for natural antibiotic alternatives, you should know there are a variety of herbs that have similar effects.

While these herbal remedies may not be as potent as their pharmaceutical counterparts, they can still provide relief from a variety of ailments.

Natural Antibiotic Alternatives – What Are They?

Let’s take a look at some of the most popular herbs that have been compared with the effects of penicillin and amoxicillin in order to provide effective, safe antifungal, antibacterial and antiviral properties.

Natural antibiotic alternatives, like garlic, onion, echinacea and goldenseal, can offer relief from many of the same conditions treated by penicillin or amoxicillin without introducing potentially harmful chemicals into your body.

They are safe for use by adults and children alike who want an alternative solution for their health needs without taking synthetic drugs or antibiotics when possible!

Everyone should consider safe natural options when possible before resorting to prescription medications in order to maintain optimal health throughout life! 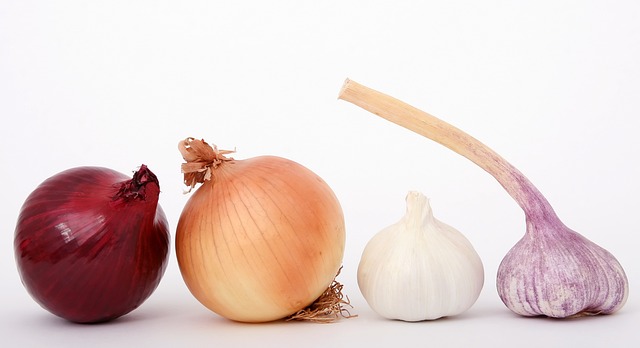 Garlic is an herb that has been used for centuries due to its medicinal properties. It has been shown time and time again to help fight off infection-causing bacteria, as well as viruses. Garlic also has antifungal properties, making it much like penicillin in terms of effectiveness, but without any of the side effects associated with antibiotics.

Additionally, garlic contains high levels of antioxidants which can help reduce inflammation in the body while also boosting the immune system so it can better defend against pathogens.

Garlic contains compounds such as sulfur compounds, and phenolic compounds, that help reduce inflammation throughout the body. It is thought to be especially effective in fighting urinary tract infections, gastrointestinal issues, respiratory illnesses, skin infections and more.

2. Onions also possess anti-inflammatory properties due to their quercetin content, which can help reduce swelling in the throat and chest area.

As natural antibiotic alternatives, both garlic and onion contain allicin, a compound that has powerful antibiotic properties. Allicin has been found to be effective against a range of bacteria, including E. coli and Staphylococcus Aureus (MRSA). 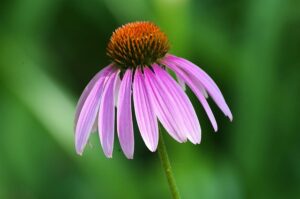 3. Echinacea has also been studied for its potential antibacterial properties. It is a popular herb known for its anti-inflammatory powers, as well as its ability to boost the immune system.

Its effects can be likened to penicillin in the sense that it helps fight bacteria and viruses. However, as mentioned, more research needs to be done before any definitive conclusions can be made about its effectiveness as an antibiotic treatment for bacterial infections.

Echinacea is an herb often used to boost immunity during times when the body is more susceptible to disease or illness.

The plant contains several active compounds (alkamides), which are believed to be responsible for its antimicrobial effects. Studies have shown echinacea to be effective against staph infections as well as MRSA (methicillin-resistant Staphylococcus Aureus). It has also been used in traditional medicine for treating colds, flu and other viral infections. 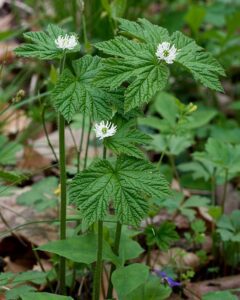 4. Goldenseal is an herb that has often been compared to penicillin due to its antifungal properties. Both echinacea and goldenseal are effective at fighting infections, helping reduce inflammation, and improving the overall health of your body.

Goldenseal is an herb native to North America that contains berberine, an alkaloid compound with powerful anti-inflammatory properties.

Goldenseal has also been found to possess antiviral properties that can help fight off colds or influenza viruses.

Additionally, goldenseal has been used traditionally for treating digestive issues such as indigestion or Crohn’s disease due its ability to act as an astringent on the digestive system tissues thereby helping reduce inflammation in this area of the body. 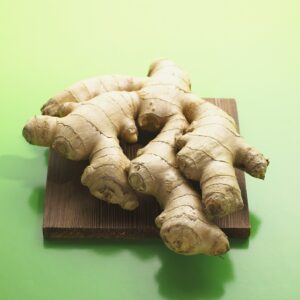 5. Ginger is another herb that has powerful anti-inflammatory properties, which makes it similar in many ways to penicillin or amoxicillin.

In addition, ginger contains high levels of antioxidants which can help reduce oxidative stress on your cells caused by free radicals.

Understanding the differences between antibiotics and natural remedies is key when deciding on which type of treatment you should use for bacterial infections.

Antibiotics like penicillin and amoxicillin are designed specifically to fight off bacterial infections, while garlic and echinacea may potentially aid the body’s immune system against bacteria.

Ultimately, it’s best practice to consult your physician when looking into potential natural antibiotic alternatives so they can provide their professional opinion on what would work best for your particular situation.

Knowing what options you have available makes it easier to make an informed decision about your health care choices as well as ensure you stay safe throughout the process.

…and today they continue to be just as effective at treating minor ailments as pharmaceutical drugs, such as penicillin or amoxicillin, without any of the unpleasant side effects associated with antibiotics or other medications.

We discussed some natural antibiotic alternatives, such as echinacea, goldenseal, garlic, and ginger, that offer value similar to that provided by pharmaceuticals, but without any harsh chemicals or ingredients—making them ideal options for those looking for natural alternatives when treating minor ailments from time-to-time!

Years ago my granddaughter came home from playing with friends one evening, and she was breaking out in a rash. Her mom was very upset and asked me what we could do. In the morning, we would take her to the doctor, but in the meantime, I suggested giving her fresh garlic. She agreed it was a good idea, so we bribed my granddaughter into eating an entire clove of garlic, by telling her she could eat as much ice cream as she wanted. She did it!
.

The next morning we took her to urgent care and told the doctor what we did to try to help her. He smiled and said, “good effort!” and told us how that was actually a very good idea. (The doctor believed in the effectiveness of garlic!)
.

So, what was her issue? The rash was from coming into contact with poison ivy. So she ate a clove of garlic for “nothing” and tasted garlic for days… though she decided garlic vanilla ice cream is not so bad!

What is a Bacterial Infection?

Bacterial infections are caused by bacteria, which are tiny organisms consisting of one cell. Some types of bacteria can cause illness in humans, animals, and plants. Bacteria can live in any area, including soil, water, food, and the human body. Common bacterial illnesses include strep throat, urinary tract infection (UTI), tuberculosis (TB), whooping cough (pertussis) and more.

Bacterial infections are typically treated with antibiotics. These medications work by killing or preventing the growth of harmful bacteria in the body. While some types of bacteria can become resistant to antibiotics over time, these medications remain effective treatments for many bacterial illnesses today.

What is a Viral Infection?

Viral infections are caused by viruses—tiny organisms that consist of genetic material surrounded by a protective coat of proteins called capsids. Unlike bacteria, viruses cannot reproduce without invading other cells first; they must use the cells’ processes to replicate itself before spreading further throughout the body. Common viral illnesses include the common cold, influenza (flu), chickenpox, herpes simplex virus (HSV), HIV/AIDS and more.

Penicillin and Amoxicillin – What’s the Difference? 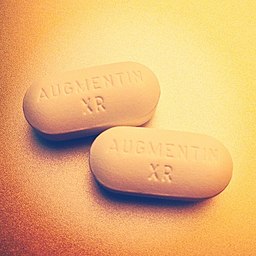 Penicillin is an antibiotic that is used to treat bacterial infections. However, it’s important to remember that neither penicillin nor amoxicillin are effective against viral infections.

Antibiotics work by preventing bacteria from growing and multiplying in the body.

Both medications should only be taken as prescribed by a doctor since they have potential side effects such as nausea or vomiting if not taken properly.

Viral infections cannot be treated with antibiotics; instead they require antiviral medications specifically designed to target specific types of viruses. Natural remedies such as garlic and echinacea also cannot effectively treat viral illnesses because they do not work on viruses like they do on bacteria; instead they only boost your immune system so that it can fight off a virus more effectively on its own terms.

Understanding the differences between penicillins and natural antibiotic alternatives is key when deciding on which type of treatment you should use for bacterial infections.

Antibiotics like penicillin and amoxicillin are designed specifically to fight off bacterial infections, while garlic and echinacea may potentially aid the body’s immune system against bacteria; however, more research needs to be done before they can be considered reliable treatments for bacterial infections.

Ultimately, it’s best practice to consult your physician when looking into potential alternative therapies so they can provide their professional opinion on what would work best for your particular situation.

Knowing what options you have available makes it easier to make an informed decision about your health care choices as well as ensure you stay safe throughout the process.