Of all natural remedies for depression studied, the conclusion for the most effective – even among some pharmaceuticals – is St. John’s Wort. 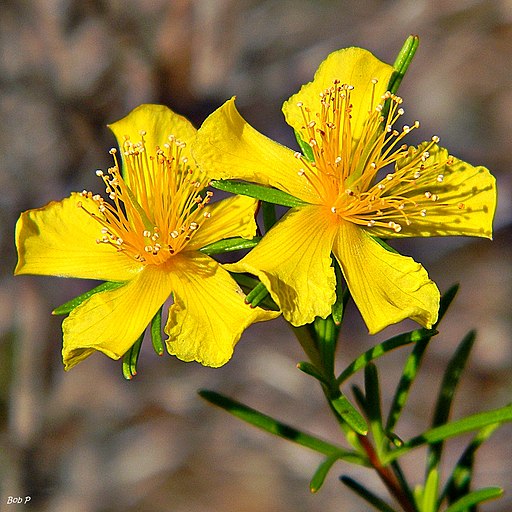 It has a long history of folk use and modern science has shown it to be accurate.

Over 30 clinical trials have studied its safety and efficacy for clinical depression. Most determined that it is superior to placebo and has a safety profile superior to pharmaceutical antidepressants. (More about St. John’s Wort…)

Clinical studies show that treatment with just one of the active compounds in this herb, hypericin, results in significant improvement in anxiety, depression and feelings of worthlessness.

Some studies show that it’s a more powerful antidepressant than some pharmaceutical drugs such as amitriptyline (Elavil) and imiprimine (Tofranil), Zoloft®, and Fluoxetine. It also has fewer side effects.

St. John’s Wort has also been shown to improve sleep quality, often a major problem for people who are depressed. In a German study, researchers gave the herb to 105 people with moderate depression. Compared with a similar group that did not receive it, they slept better and showed less sadness, helplessness, hopelessness, exhaustion and headache. They also reported no side effects.

In another German study conducted in 1984, on natural remedies for depression in women were given a tincture of St. John’s Wort. Their symptoms included anxiety, anorexia, lack of interest in life and psychomotor problems. All changed for the better. They even had fewer feelings of being worthless.

Research on St. John’s Wort was also conducted in Russia. The herb was combined with psychotherapy to treat alcoholics suffering from depression. One of the major advantages of this herb is that, unlike many antidepressant drugs, it doesn’t impair your attention, concentration or your reaction time.

Trial studies have also shown that St. John’s wort extract may be more effective than Fluoxetine in Major Depressive Disorder (MDD). This clinical trial adds to the growing body of evidence that specific St. John’s wort extracts  (of all natural remedies for depression) are at least as effective, if not more effective, than conventional antidepressant medication for the treatment of MDD.

A person may be diagnosed with MDD if 5 of the following 9 symptoms are present for 2 or more consecutive weeks, for most of each day, every day:

One of the symptoms must be either depressed mood or loss of interest.

In a study funded by a grant from Lichtwer Pharma AG, 135 volunteers (57% women, 43% men with an average age of 37.3 – plus or minus 11 years) with MDD were randomized to receive 300 mg St John’s Wort extract three times daily and one placebo, or one 20 mg fluoxetine per day and three placebo. Medication and placebo were administered using a double-dummy technique so that each group received 4 tablets/capsules per day.

The side effects mentioned are few and mild. They include gastrointestinal upset and photosensitivity.

St. John’s Wort has been shown to be an effective natural remedy for depression in numerous studies. If you are suffering from depression, St. John’s Wort may be a helpful option for you to consider. This natural remedy has few side effects and can be taken in pill form or as a tea. It has been shown to be as effective as some pharmaceuticals in treating depression, so it is definitely worth trying if you are looking for natural relief from your symptoms.

Disclosure: The above recommended product is an affiliate link. This means that, at zero cost to you, Herbs and Natural Remedies will earn an affiliate commission if you click through the link and finalize a purchase. Thank you for your support!