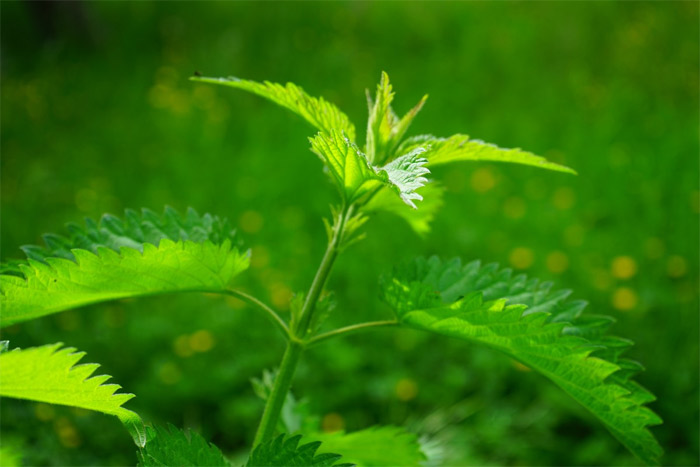 Nettle is an herb that has been used in herbal medicine for centuries. From treating skin conditions to boosting immunity, nettle has many beneficial uses. While there are still a lot of people who don’t know about the amazing benefits of nettle, it’s time to take a closer look at this ancient herb and see what it can do for you.

The health benefits of nettle

The health benefits of nettle have been known since ancient times when it was used to treat various ailments from joint pain to rheumatism. Today, it is known that nettle has anti-inflammatory properties which can help reduce inflammation in the body due to arthritis or other conditions like gout.

It can also help boost immunity by increasing white blood cells which fight off infection and disease-causing bacteria or viruses. Additionally, research has shown that nettle has antioxidant properties which may help protect against oxidative damage caused by free radicals in the body.

Nettle also contains many essential vitamins and minerals including calcium, iron, magnesium and vitamin C just to name a few!

These vitamins and minerals are important for proper functioning of our bodies so adding more nettle into your diet can be beneficial if you want to increase your intake of these essential nutrients.

Additionally, research has shown that nettle may also be able to reduce high blood pressure levels in some people due to its diuretic properties which help rid the body of excess salt and water retention.

Lastly, studies have suggested that consuming nettle can help reduce symptoms associated with allergies such as sneezing or itching due to its antihistamine effects on the body.

Nettle is a flowering plant found mostly in Europe, Asia, and North America. It grows up to two meters high and produces small green flowers. Due to its stinging hairs on its leaves and stems, it is also known as stinging or common nettle. This plant is not only used in herbal medicine but also as a food source, dye for clothing, and even animal feed.

The tough fibers from the stem have been used to make cloth and cooked nettle leaves were eaten as vegetables. From ancient Greece to the present, nettle has been documented for its traditional use in treating coughs, tuberculosis, and arthritis and in stimulating hair growth.

Nettle: Botanical name: Urtica dioica. Nettle is a leafy plant that is found in most temperate regions of the world. The Latin root of Urtica is uro, meaning “I burn,” indicative of the small stings caused by the little hairs on the leaves of this plant that burn when contact is made with the skin.

There has been a great deal of controversy regarding the identity of nettle’s active constituents.

Currently, it is thought that polysaccharides (complex sugars) and lectins are probably the active constituents. Test tube studies suggest the leaf has anti-inflammatory actions. This is thought to be caused by nettle preventing the body from making inflammatory chemicals known as prostaglandins.

Nettle’s root affects hormones and proteins that carry sex hormones (such as testosterone or estrogen) in the human body. This may explain why it helps benign prostatic hyperplasia (BPH). Although less frequently used alone like saw palmetto or pygeum, some limited clinical trials suggest benefit of nettle root extract for men with milder forms of BPH.

A preliminary trial reported that capsules made from freeze-dried leaves reduced sneezing and itching in people with hay fever. Further studies are needed to confirm this finding, however.

The historical practice of intentionally applying nettle topically with the intent of causing stings to relieve arthritis has been assessed by a questionnaire in modern times. The results found intentional nettle stings safe, except for a sometimes painful, sometimes numb rash that lasts 6–24 hours. Additional trials are required to determine if this practice is therapeutically effective.

All in all, this herb is an incredible addition to any diet or wellness routine! With its many benefits from boosting immunity to reducing inflammation, adding some extra nettle into your life could make all the difference!

Of course before making any major changes always consult with your doctor first but if you are looking for something natural then this could be a great option for you! So why not give it a try today? You won’t regret it!

During the allergy season, two to three 300 mg nettle leaf capsules or tablets or 2–4 ml tincture can be taken three times per day.

For BPH, 120 mg of a concentrated root extract in capsules can be taken two times per day. Many products for BPH will combine nettle root with saw palmetto or pygeum extracts.

Note: Intentional stinging with nettles should only be undertaken after consultation with a physician knowledgeable in botanical medicine.

Nettle may cause mild gastrointestinal upset in some people.

Although allergic reactions to nettle are rare, when contact is made with the skin, fresh nettle can cause a rash secondary to the noted stings.

Certain medications may interact with nettle. Refer to the drug interactions safety check for a list of those medications.