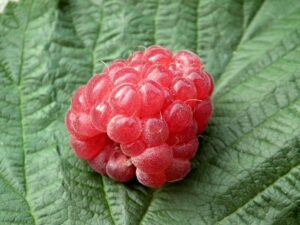 Raspberry bushes are native to North America and are cultivated in Canada. Although most well known for its delicious berries, raspberry’s leaves are used in medicine to treat the common cold/sore throat, diarrhea, and for pregnancy and postpartum support.

Raspberry leaves have been used by herbalists to treat diarrhea. In traditional herbalism and midwifery, red raspberry has been connected to female health, including pregnancy. It was considered a remedy for excessive menstrual flow (menorrhagia) and as a “partus prepartor,” or an agent used during pregnancy to help prevent complications.

Raspberry leaves are high in tannins and like its relative, blackberry, may relieve acute diarrhea. The constituents that affect the smooth muscles, such as in the uterus, have not yet been clearly identified. The German Commission E monograph has concluded there is insufficient proof to recommend red raspberry in modern herbal medicine.

Traditionally, raspberry leaf tea is prepared by pouring 1 cup (250 ml) boiling water over 1–2 teaspoons (5–10 grams) of the herb and steeping for ten to fifteen minutes. Up to 6 cups (1500 ml) per day may be necessary for acute problems such as diarrhea or sore throats due to a cold, while less (two to three cups [500–750 ml]) is used for preventive use during pregnancy. By itself, raspberry is usually not a sufficient treatment for diarrhea. Tincture, 3/4–1 teaspoon (4–8 ml) three times per day, may also be taken.

Possible Side Effects of Red Rasberry Use

Red raspberry leaf may cause mild loosening of stools and nausea. Otherwise, use of the herb appears to be safe. Certain medications may interact with red raspberry. Refer to the drug interactions safety check for a list of those medications.

You may also be interested in another herb for female issues, Chasteberry