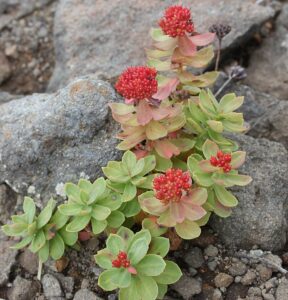 Many people are unaware of this amazing plant’s capabilities! If you are looking for an alternative way to increase your overall well-being you might want to give Rhodiola   Click to listen highlighted text! Rhodiola a try…

Rhodiola (also known as golden root) is a special herb that provides an optimal balance of your stress hormones, specifically cortisol. It has the miraculous effect of reducing anxiety while also protecting against aging due to its high concentration of Salidroside – a phytochemical with incredible natural powers!

Rhodiola is an herb native to the Arctic regions of Europe, Asia, and North America. It has long been used as a natural remedy for increasing energy and mental capacity, improving athletic performance, resisting the effects of stress, and managing depression and anxiety—all without the side effects of many over-the-counter medications.

In today’s world, it can be difficult to manage stress and fatigue. Many people tend to reach for coffee or energy drinks to give them a quick boost of energy. However, if you are looking for a natural alternative that could help combat the effects of stress and increase your energy levels, you should look into Rhodiola.

Rhodiola is an herb that has been used for centuries as a remedy for fatigue, depression, anxiety, and other symptoms.

Let’s take a look at what makes rhodiola such an effective supplement for overall wellness.

Rhodiola works by naturally stimulating specific hormones in the body that help adapt to stressful situations. In fact, studies have also shown that it may…

I must also mention that Rhodiola is a skincare superstar! Not only does it boost micro-circulation, which can revitalize dull skin for a brighter complexion, but it also stimulates collagen and elastin production to reduce wrinkles.

And if that wasn’t enough, this powerful ingredient helps protect your skin from environmental stressors like UV rays as well. It really has you covered on all fronts. So don’t be shy when adding Rhodiola products to your beauty routine!

The benefits of rhodiola are numerous! 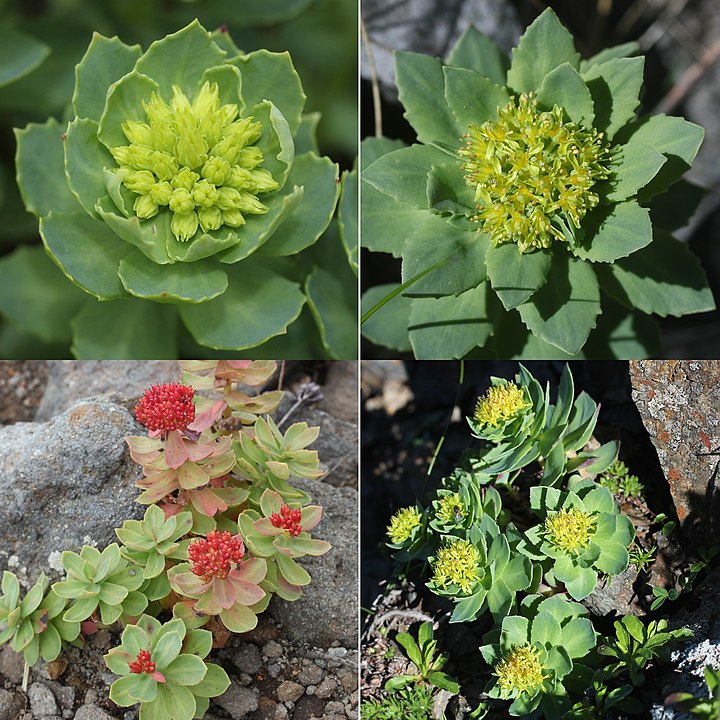 Rhodiola Enhances Well Being… and more!

Rhodiola is an adaptogenic wonder herb with powerful effects on our bodies! It helps to regulate cortisol, the hormone that plays such an important role in stress. Again, this is all thanks to its Salidroside phytochemical. And that’s just one of the many substances found within Rhodiola which balance hormones and help fight against aging while reducing anxiety levels.

Additionally, it can provide relief from jet lag due to its positive effect on adrenaline production which helps regulate sleep cycles.

Sounds similar to ashwagandha, which I also personally recommend for reducing anxiety and stress.

However, ashwagandha reduces anxiety to result in a better night’s sleep.

Depending on what benefits you want, choose your natural remedy wisely! Otherwise you may get the opposite effect you want.

Rhodiola has been studied extensively

That’s because of its potential ability to resist the effects of stress on the body, as well as assist with various mental health issues, like depression and anxiety.

Rhoidola has been used in traditional medicine since ancient times due to its purported abilities as mentioned and to improve athletic performance. As such, many athletes use it as part of their training regimen.

As usual when it comes to natural alternative medicines, more research needs to be done about exactly how effective Rhodiola is for these many purposes.

However, many studies have been performed and have demonstrated positive results when taken regularly over extended periods of time.

Such studies have shown that Rhodiola enhances well-being by reducing cortisol levels in the body (the hormone responsible for stress), as well as improving cognitive function by promoting concentration and improving memory retention. This makes it an appealing option for students who are looking for a natural way to stay focused during exam season or those who want a natural way to cope with everyday stressors without relying on medication or stimulants like caffeine or energy drinks.

Studies have revealed that Rhodiola can help lower blood pressure when taken on a regular basis. An exciting 2017 discovery showed the incredible potential of this ancient medicinal herb, and another earlier study in Phytotherapy Research further confirmed these findings.

Rhodiola has also been studied extensively due its potential immune-boosting properties, which could be beneficial during cold and flu season or simply when trying to maintain optimal health all year round.

Okay! So, rhodiola is an incredible herbal supplement, but how often should you take it?

Generally the recommendation for daily use of Rhodiola is up to 500mg per day – however it’s always best to chat with your healthcare professional first!

Yes, Rhodiola Enhances Well-Being… It is an herb that has long been used in traditional medicine due its purported ability to increase energy levels, improve mental capacity, resist the effects of stress on the body, manage depression and anxiety symptoms as well as boost immunity.

It’s worth considering if you are looking for a natural alternative way to manage your health concerns — without having any side effects associated with more conventional treatments such as medications, or energy drinks/stimulants like caffeine.

Rhodiola is believed to be safe for most people when taken orally or applied topically in small amounts as directed by a healthcare provider.

However, I have personally researched precautions and side effects and found many contradictions. I’ve read there are no known issues, and that there are issues with some medications, such as blood thinners, and diabetic prescriptions.

My advice, check with your doctor prior to adding this or any other herb, or supplements to your health regime.