Valerian is known today as a natural tranquilizer with a long history of safe use. 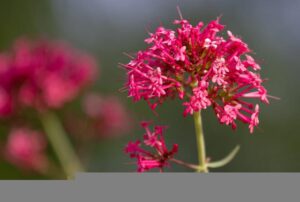 A number of scientific studies have shown that the valeptriates (ingredients of valerian   Click to listen highlighted text! valerian ) do act as tranquilizers. They produce fewer side effects than Valium and a recent study showed that this herb is useful in helping to bring on sleep.

A tall flowering grass plant, it is native to Europe and parts of Asia.

Unlike the plant’s flowers, its roots have a very strong odor that you will most likely find unpleasant. We will call it unusual, to say the least. Funny though, cats go crazy for it and in fact “intoxicates” them. They will roll around in a garden that contains it.

It also has been used as a stomachic, anti-spasmodic, carminative and has also been used since ancient times in the treatment of epilepsy.

This dietary supplement is made from its roots, rhizomes (underground stems), and stolons (horizontal stems). Dried roots are prepared as teas or tinctures, and dried plant materials and extracts are put into capsules or incorporated into tablets

It seems that Valerian is most effective after taking regularly for at least two weeks. Studies with valerian use are not clear as to dosage due to the varying degree of the groups.

Continued use may lead to depression. Thought to be fairly safe, large does may cause vomiting, stupor and dizziness. t may not be safe during pregnancy, breast-feeding or children under 3 years old. If you have liver disease, avoid taking valerian. Of course, since valerian can make you drowsy, avoid driving or operating machinery.

This herb can interfere with some prescription medications and other dietary supplements, such as St John’s wort.

It is always important to talk with your healthcare professional before taking valerian, especially if you’re taking medications or other herbal supplements or if you have one or more health conditions.